A number of entertainment activities have been lined up for this year’s Odwira Festival which is already ongoing at Akropong Akuapem.

Today, there shall be dancing competition, theatre by playwright Chief Moomen who will be staging the journey of Okuapeman at the forecourt of the palace.

Later in the evening, there shall also be a concert featuring, Mr Eazi, Atom, Pope Skinny, among others.

On Saturday, September 21, 2019, patrons of the festival will experience a walking tour along the street of historic points of interest. This will be followed by outdoor games, street jam and a fundraising dinner at the Presbyterian College of Education. This will feature Kwabena Kwabena.

On Sunday, Okuapeman will converge at the Christ Chapel of the Presbyterian Church for a thanksgiving service.

The entire celebration will be climaxed with a boxing night at the Assembly Hall of the Presbyterian College of Education.

The Odwira Festival is celebrated by the people of Akropong-Akuapim, Aburi, Larteh and Mamfi in the Eastern Region in the month of September.

Its significance is to celebrate their victory over the invincible Ashanti army during the historic battle of Katamansu near Dodowa in 1826 and also to cleanse themselves and ask for protection from their gods.

Odwira Festival is a week-long series of traditions and rituals performed to purify the town, the people and most importantly, the ancestral stools of the Chiefs.

It is also a festival to celebrate the harvest of “new yams.” 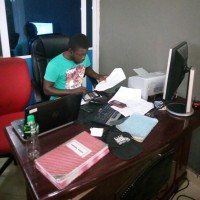